Mainz Germany is a medium-sized Germany city (population  200,000) located on the Rhine River. Because of its close proximity to Frankfurt-am-Main and the Frankfurt International Airport, many visitors begin their tour of the Rhine at Mainz. 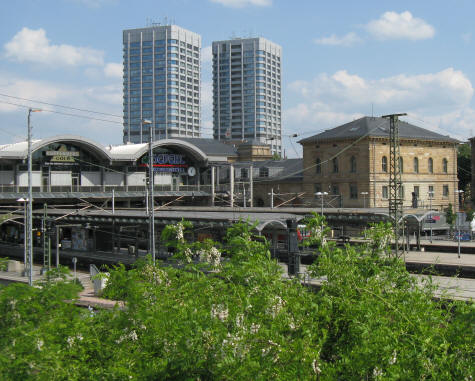